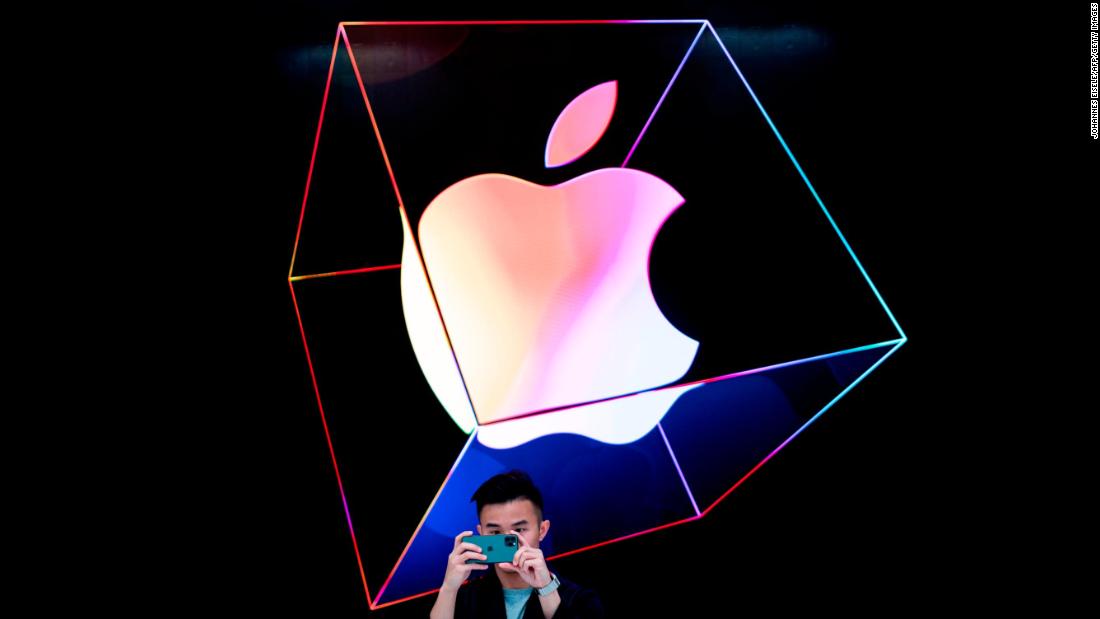 New York (CNN Business)Apple’s iPhone sales slump isn’t going away. But the company has invented new revenue streams and it’s relying on an old one to keep growing.

For years, Apple (AAPL) critics have chastised the company for relying on a single product, the iPhone, for the bulk of the company’s revenue. That hasn’t changed — the iPhone still accounts for more than half of Apple’s overall sales.
But Apple has diversified. Apple’s AirPods are ubiquitous. Apple Pay is a hit. So is the Apple Watch. Even the iPad is suddenly making a comeback after years of dormancy.
Yes, there’s only so much Apple can do to improve the iPhone, and saturation of smartphones means Apple can no longer rely on iPhone sales to grow every quarter. But the big takeaway from Apple’s most recent quarter is all that talk about how Apple can’t innovate is a bunch of baloney.

Services, including Apple Music, Apple Care and the soon-to-be-released Apple TV+, gave Apple a big boost in the last quarter.
Quarterly sales from services grew 18%, setting a record for the July through September period. The love for Apple’s services was broad-based, growing across all of Apple’s regional segments around the world. Apple’s services division is now a near $50 billion business: so large, it would be in the Fortune 100 on its own.
Apple Pay has been a particular strong point. The company said customers made 3 billion transactions using Apple Pay last quarter, exceeding PayPal’s number of transactions — and Apple Pay is growing four times as fast as PayPal.
And Apple on Wednesday gave customers a big reason to buy into its payments ecosystem: The company announced that customers of its new Apple Card will be able to finance new iPhone purchases with no interest over 24 months, while getting 3% back for their purchases.

The even better stuff: Wearables

Wearables are flying off the shelves, too.
Sales of Apple’s wearables, including AirPods and the Apple Watch, surged 54%. The wearables business is now virtually the same size as Apple’s Macintosh business — an astounding feat, considering the Apple Watch’s lackluster debut several years ago.
Apple announced the new AirPod Pro line is available today. If adoption of the more expensive, noise-canceling version is anything like the original AirPods, Apple will have a big winner on its hands.

The iPad is back … really

Somehow, the iPad has bounced back. IPad sales grew 17% between July and September.
Apple recently released new iPad Pros and a separate, purpose-built “iPad OS” operating system, which makes iPads a bit more Mac-like. The new iPad OS supports multitasking, for example.
IPad growth is important for Apple, even though it has become the company’s smallest business unit. Apple doesn’t make a two-in-one PC like the popular Microsoft (MSFT) Surface, leaving Apple out of the fastest-growing segment of the computer business. But the new iPad Pro, combined with iPad OS, makes Apple more of a competitor in that growing space.

OK, let’s get to the iPhone

Now for the bad news: iPhone sales tumbled 9% last quarter.
Apple CEO Tim Cook tried his best to cast this in a good light. Although iPhone sales were down significantly from a year ago, they easily beat investors’ expectations. The sales slump is also narrowing: In each of the previous three quarters, iPhone sales had fallen by about 15%.
That’s why Cook, on a conference call with analysts, called last quarter’s iPhone results “a significant improvement.”
The iPhone 11, which sells for a competitive price of $699, went on sale during the final 10 days of the quarter. The new phone has received positive reviews, and Cook predicted it would eventually become Apple’s bestselling iPhone.

Apple’s China sales have suffered lately, but stabilized last quarter. China sales fell 2% — far less than the double-digit collapse of earlier this year.
A combination of circumstances have turned Apple’s China fortunes around, Cook noted, including reduced trade tensions, well-recieved new products and services and some pricing adjustments that have made Apple products more competitive in the country.
Cook noted that the company is paying some of the tariffs the the Trump administration imposed this year, and the big hammer could fall in December, when tariffs on imported electronics devices could go into effect. But Cook said he remains hopeful about the trade situation.
“In general, my view is very positive about how things are going,” he said. “The tone has changed significantly. I have long thought it was in both countries’ best interest to get to an agreement that maybe initially doesn’t solve everything but solves some things that each country wants and gets us to a better place.”
Investors agree. Since cutting its sales forecast in January because of a slowdown in China, Apple’s stock has risen 70%, and its market value once again has topped $1 trillion. Apple’s stock rose another 2% in after-hours trading.
Overall, Apple said its sales grew 2% to $64 billion in the quarter. Its profit, however, fell 3%.
Apple expects the good times to continue into the holiday season. The company said it predicts sales of between $85.5 billion and $89.5 billion, topping Wall Street’s forecasts.