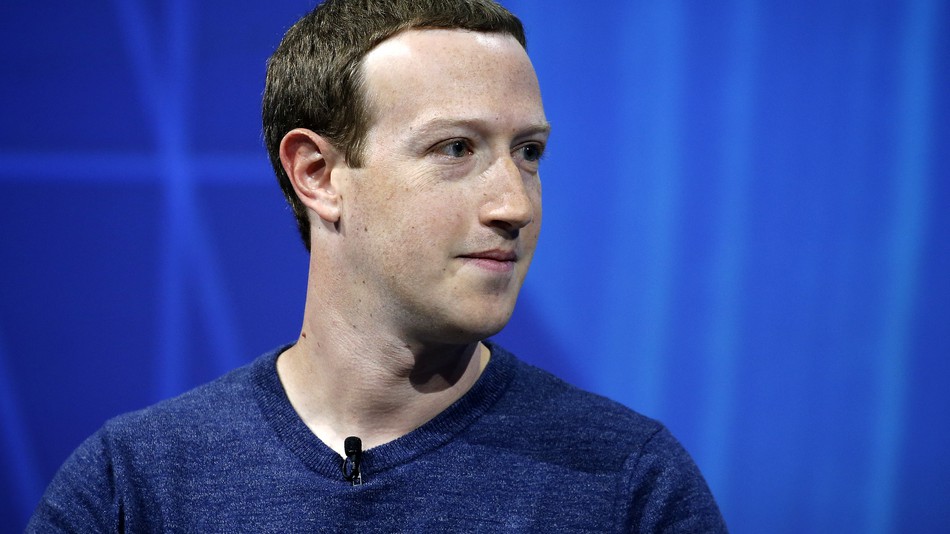 Mark Zuckerberg has a lot on his mind, and he’s ready to go off-script… sort of.

The Facebook CEO returned to his alma mater Wednesday to discuss Facebook and the numerous issues facing the platform. Zuckerberg joined the head of Harvard Law’s Berkman Klein Center for internet and society, Jonathan Zittrain, for the chat.

The talk was the first of several that Zuckerberg plans to host, making good on his 2019 personal challenge “to host a series of public discussions about the future of technology in society,” which Zuckerberg announced in January.

The two engaged in an earnest and even jovial hour and forty five minute conversation about issues like democracy, privacy, surveillance, misinformation, and more.

Zuckerberg wasn’t exactly candid — the man is talented at hitting Facebook talking points — the conversation was a rare example of some extemporaneous conversation and even apparently genuine thoughtfulness from Zuck.

The CEO didn’t exactly share anything new — “I’m not sitting here and announcing a new program,” Zuckerberg said at one point while batting around some hypotheticals — but the discussion did provide an opportunity see where his head is on some far reaching issues.

The conversation is, um, lengthy. But you can watch it in full below.

However, if you’d care to keep those 105 minutes of your time, here are seven takeaways from Mark Zuckerberg’s discussion at Harvard.

When it comes to the type of content Facebook serves you, Zuckerberg emphasized that he cares more about decisions that will strengthen Facebook over the long term than on short term profits. He said that serving clickbait or manipulative ads could cause people to feel resentful of Facebook. This was a similar sentiment to Zuckerberg’s January 2018 announcement that Facebook newsfeed would reprioritize content from and about friends and family.

Then again, all of the videos in the Up Next video sidebar — a preview of the content that Facebook would serve me next —were #relatable meme videos and cooking how-tos.

Not exactly the high quality content I seek; perhaps there’s a difference between how the CEO wants Facebook to operate, and how it actually functions.

Early in the conversation, Zuckerberg made the case for unifying the policies that govern Facebook’s messaging platforms. This was an initiative Zuckerberg confirmed during the Q4 earnings call, initially reported by the New York Times.

And, for the record, he’s on Team Encryption.

For the guy behind this awkward moment, there were relatively few instances during which Mark Zuckerberg managed to put his foot in his mouth. But one came when Zuckerberg apparently forgot about his own video chat product, Portal.

“We definitely don’t want to live in a society where there’s a camera in everyone’s living room watching those conversations,” Zuckerberg said while discussing encryption vs. platform monitoring.

Zittrain quickly pointed out that Facebook itself does have a living room video product, which briefly derailed Mark with a blush and awkward laugh. But Zuckerberg specified that since Portal works over Messenger — which Zuckerberg is planning to encrypt — it would be secure; Facebook specified at launch that Portal would not spy on users. Therefore, according to Mark, Portal would not be applicable to the “Orwellian” scenarios that Zittrain had brought up for discussion.

One of Facebook’s hairiest issues since the 2016 election has been how to mitigate and fight the spread of misinformation on the platform. Zuckerberg and Zittrain discussed several ways for going about this, including fact checkers and other independent bodies. But Zuckerberg was unequivocal: he does not think the power to decide what he described as “the different levels” of truth should rest with Facebook.

“We do not want to be the arbiters of truth,” Zuckerberg said.

5) Clear History is still in the works

Zuckerberg said that the tool that would enable Facebook users to scrub the browsing history data that Facebook has on them, called Clear History, is still in the works. But he acknowledged that that capability was proving to be complicated and time consuming.

“The plumbing goes so deep into all the different systems,” Zuckerberg explained. That alluded to the truth that Facebook collects so much data from so many places that clearing it all is turning out to be harder than Facebook originally thought.

Zittrain and Zuckerberg wrapped up the discussion by considering Facebook’s future. Zuckerberg said that the way people were already using the app indicated that people wanted to chat and share both more privately, and less permanently.

“There are a lot of things that people don’t want as the permanent record, but want to express,” Zuckerberg said.

First, that means Zuckerberg and Facebook are very aware of the growth and popularity of messaging apps.

“Over the next 5 years, I think we’re going to see all of social networking reconstituted around this base of private communication,” Zuckerberg said. “It’s something i’m very excited about.”

What Zuckerberg thinks is taking the place of public broadcasting via status updates is ephemeral stories.

“Of the type of broadcast content that people are doing, the thing that is growing the fastest is stories —ephemeral sharing,” Zuckerberg said. “That just gives you a sense of where the hub of social activity is going.”

The conversation took a strange detour into a high tech future in which Zuckerberg envisioned typing just by thinking and AR-ing everything. Zuckerberg explained that our current app and phone-based system isn’t so integrated into the way we naturally communicate, and thinks technology will reshape platforms “to be fundamentally more about people and how we process the world.”

What that means for Zuckerberg is more seamlessly integrated hardware with the way we communicate and obtain information naturally. He wasn’t so down with Google Glass, but thought glasses — similar to what Zittrain was wearing, Zuckerberg said — would be a good way to integrate technological communication in the future.

Looking forward to the next chat, Zuck!

WATCH: Mark Zuckerberg shares the first projects he ever coded 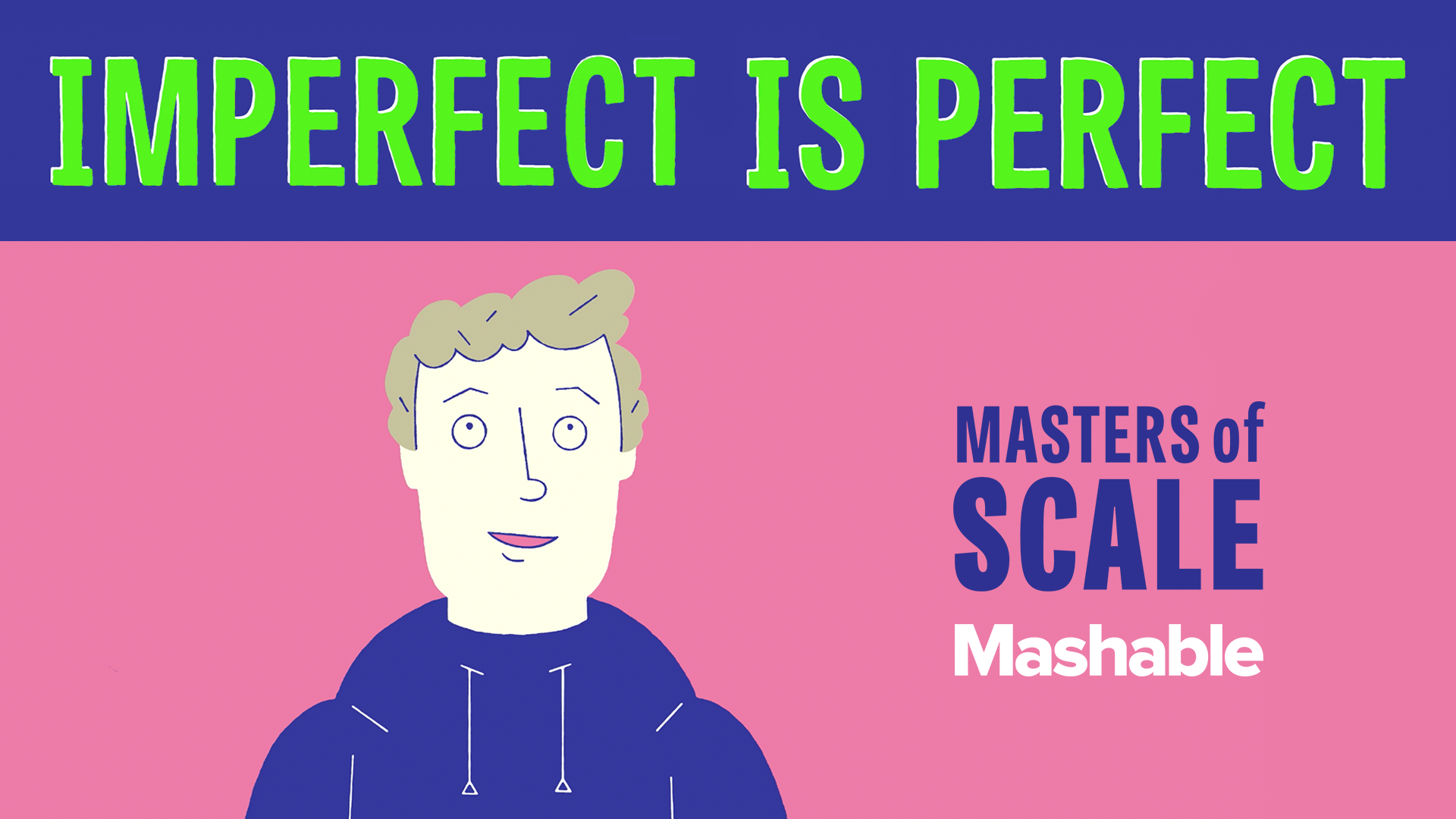