Here comes more smart clothing nobody asked for. Fashion brand Tommy Hilfiger today announced the launch of a new line of men’s and women’s clothing, Tommy Jeans Xplore, which comes with smart-chip embedded technology. Unlike, say, Google’s Project Jacquard and its partnership with Levi’s, the goal is not to offer access to calls, texts, maps and music controls when you can’t get to your phone – like when you’re riding your bike, for example. Instead, Hilfiger’s smart clothing aims to reward you with points for wearing Hilfiger clothing. Yes, really.

It’s come to this, folks.

The line includes t-shirts, sweatshirts, hoodies, jeans, jackets, caps, and bags which pair with the Tommy Jeans Xplore (or “XPLORE” if you use their branding) iOS app over Bluetooth. Once paired, the idea is that users will compete in challenges in the app to earn points. You get points for things like how often you wear the clothes (!!!) and for walking around to find heart-shaped, Tommy-branded icons on the app’s map. (???)

The points can be translated into rewards, including gift cards, signed merchandise and pieces from the Tommy Hilfiger archives, among other things, the company says. 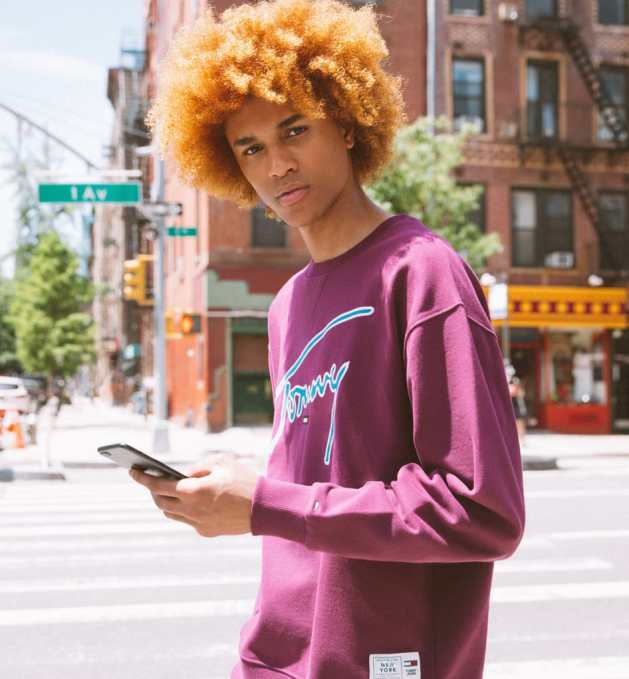 I guess doling out more Tommy Hilfiger merch to players makes sense because the only people who would spend $90 on smart sweatshirt just to play a marketing campaign’s idea of fun have got to be the most seriously devoted – nay, obsessed – Hilfiger fans.

But beyond that, Tommy’s smart clothes don’t make much sense for anyone.

Despite its use of smart technology – like the embedded Awear Solutions’ Bluetooth low energy smart tag – the company hasn’t actually innovated here. At best, it’s a loyalty program requiring customers to overspend in order to join.

Even the company seems to be aware of the line’s niche appeal, saying in its official announcement that its goal is to create a “micro-community of brand ambassadors.”

The brand, however, is no stranger to experiments with new ideas and technology. But some of its prior developments have been less absurd – like testing the use of A.I. to forecast design trends, its smartwatches, or adaptive clothing for the disabled.