Apple Inc., seeking to bolster its wearables business, is working on upgrades to its wireless AirPods headphones, according to people familiar with the matter.

Like with its mobile devices — the iPhone, iPad, and Apple Watch — Apple intends to frequently update the AirPods with new hardware features. The Cupertino, California-based technology giant is working on a new version for release as soon as this year with an upgraded wireless chip, the people said. A subsequent model for as early as next year is planned to be water resistant, they added, asking not to be identified discussing private product plans. 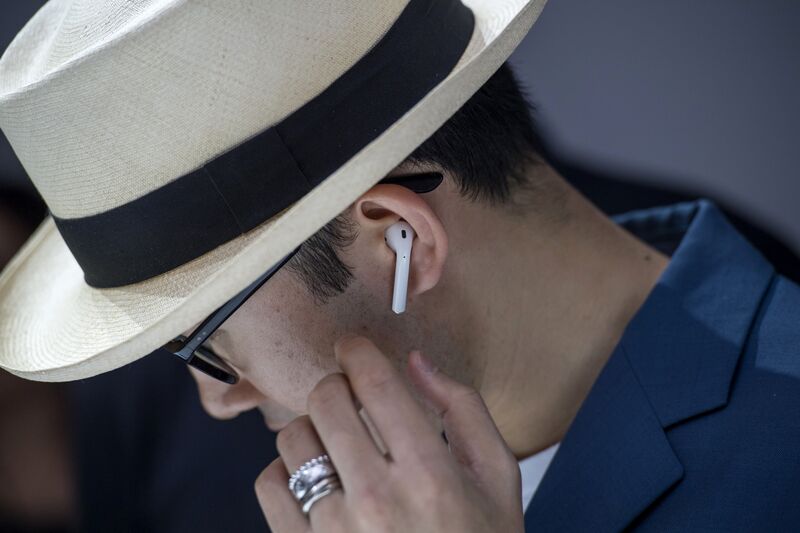 The model coming as early as this year will let people summon Apple’s Siri digital assistant without physically tapping the headphones by saying "Hey Siri." The function will work similarly to how a user activates Siri on an iPhone or a HomePod speaker hands-free. The headphones, internally known as B288, will include an upgraded Apple-designed wireless chip for managing Bluetooth connections. The first AirPods include a chip known as the W1, and Apple released the W2 with the Apple Watch last year. 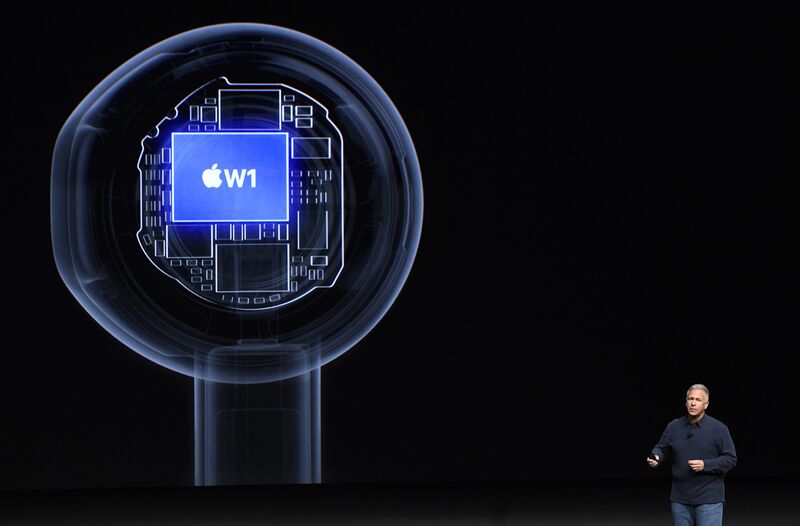 The product helped take wireless headphones mainstream. It was one of the first models to be fully wireless and come in a case that charges the headset. Similar products followed from Google, Sony Corp., Samsung Electronics Co., Motorola and Bose. AirPods accounted for 85 percent of the money spent in the U.S. on wireless headphones since they debuted, research firm NPD Group estimated last year.

The category may continue to grow. Apple has said it is releasing an upgraded AirPods case this year that allows the headphones to be recharged wirelessly, like the iPhone X. The company is also working on an augmented-reality headset that would launch in 2020 at the earliest, Bloomberg News has reported.

For more on Apple, check out the podcast: