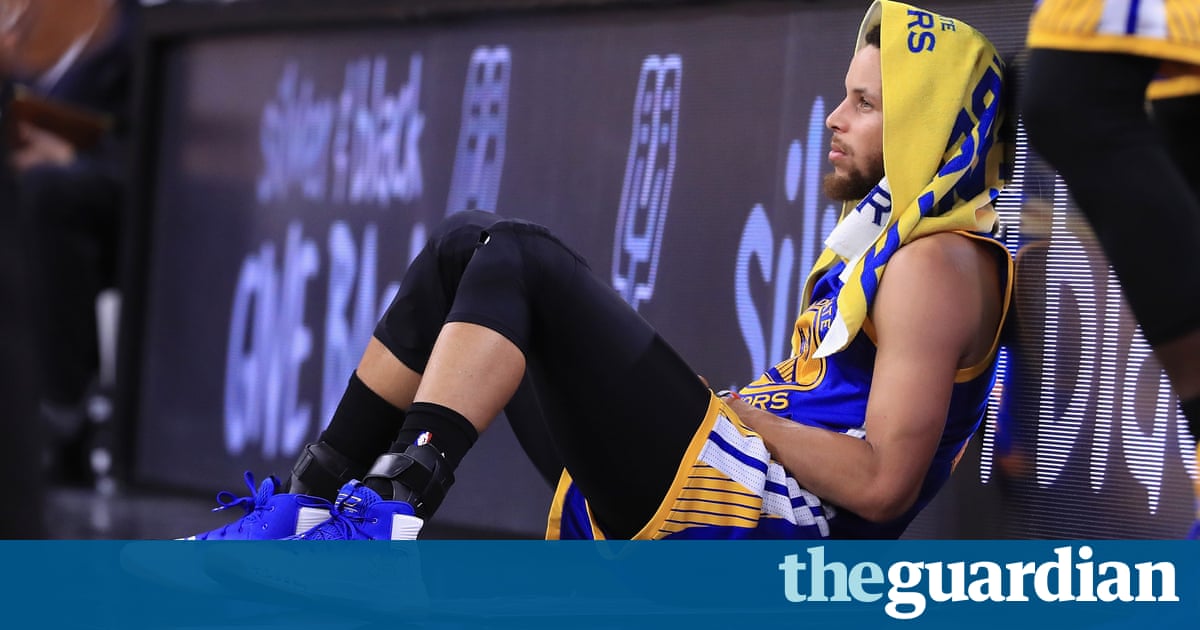 The Golden State Warriors entered the 2016 NBA finals under-rested and overwhelmed. Plagued by questions about Stephen Currys dodgy knee and Draymond Greens kicks to the groin, they had just two days off before the finals. Did a lack of rest ultimately play a role in their breakdown?

In an NBA regular and post-season spanning almost eight months, with constant travel and numerous off the court concerns, rest is a commodity. In fact, much of the sports science in the NBA biometric technology from companies such as Catapult, SportVu and OmegaWave is dedicated to calculating a players need for recovery. Much to the commissioners consternation, both the Warriors and Cavaliers heeded this advice, resting star players down the stretch.

This year, the Warriors hold the recuperation edge over the Cavaliers, giving them an extra three days to heal the bumps, bruises and strains of a 94-game season. Andre Iguodala and Zaza Pachulia will perhaps most benefit, allowing them to nurse injuries sustained in the playoffs.

Basketball is a high-intensity sport and players usually dont get that much time to recover, but nine days of time off will help with the muscle soreness, muscle damage and fatigue thats usually present during the normal NBA schedule, says Bill Burgos, head of strength and conditioning for the Orlando Magic and a member of the NBA sports science committee.

But is it too much of a good thing? Will all that rest work to the Warriors advantage or leave them out of sync and flat?

In his address to the media last Thursday, interim head coach Mike Brown emphasized it was important to strike a balance. The biggest thing knock on wood is you dont want to have too much contact, just because you dont want to risk anybody getting injured.

Brown went on to emphasize that in order to stay sharp, some contact and intensity is needed: You do need to have some and so there is a fine balance of how much and when and how much time to give off, because also you dont want to practice every single day and go for two hours every single day thats not good mentally neither.

The challenge for Brown is how to optimize recovery while keeping the team sharp. With extensive time off between games, its important to maintain the routine and structure of the season yet give players the mental and physical break they need. Its a fine line, teams are always toeing the line between over-reaching and readiness, says Mubarak Malik, director of performance for the New York Knicks.

The problem is, the less you play, the harder it is to stay sharp. A research study examining performance levels in NBA starters and bench players found that more playing time correlated not only with enhanced physical performance levels, but alertness and reaction time as well. The study even found that NBA starters increased their vertical jump over a season, while non-starters did not. But by virtue of differences in factors such as age, playing style and injury history, two players can experience the same season with completely different responses. For NBA coaches and performance staffs, that means each players practice intensity and volume might be different from those of their teammates, depending on their load or accumulated stress level.

And technology makes finding the right intensity less of a guessing game. We use biometric wearables to figure out what an average week/game looks like … then coaches can select drills that replicate that intensity, says Burgos, one of the authors of the study.

Despite the need to replicate game-time intensity, theres one thing coaches wont do risk injury. The risk of injury is too high so teams wont usually scrimmage, says Malik. Instead theyll use 5-on-0 or quick-paced drills to maintain pace and intensity.

For Malik, time-off periods should have three parts: time for wellness (conditioning and nutrition), at least 48 hours of recovery from sprinting and jumping and, because of the travel, an opportunity to re-establish a normal circadian rhythm.

For other professional sports, that equation might be different. In baseball, a sport played every day at a lower level of physical stress, time off might disturb rhythm and timing, especially for hitters. Baseball is a motor-skill based game, so its all about routine, says Malik. With less of a need for physical recovery, a premium is placed on maintaining timing and mechanics.

Though time to recover from injury and a long season is an important factor, the question is not only a physical one. Both the Warriors and Cavaliers arrive at the NBA finals with momentum, a factor defined as a psychological phenomenon that changes human behavior and performance. Its a factor that gets a lot of attention; momentum tells us the more a team wins, the more likely they are to continue winning.

Psychologically, teams and athletes dont do want to be interrupted when theyre feeling momentum. After time off or a timeout, that superior performance has to be re-started, which can squash momentum. Research on NCAA Division I basketball games, for instance, found that performance was reduced by 56% when the opposing team took a timeout to disrupt an opponents momentum.

Whats clear is that while many factors can influence success mental and physical performance being the most important too much time off hasnt really affected the Warriors so far. They are one of the two best teams in the NBA, and a couple days off here or there wont diminish that.